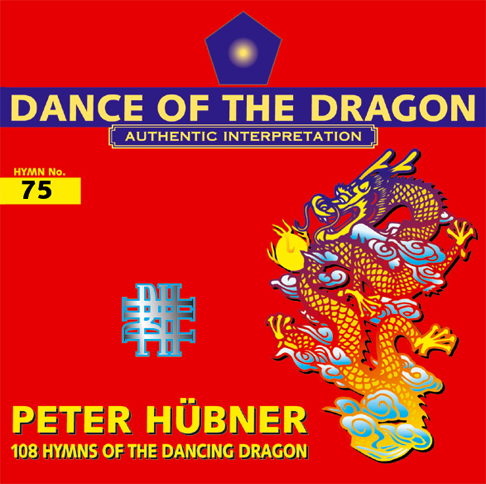 
CLASSIC-LIFE: Mr. Hübner, what can you say about the “108 Hymns of the Dancing Dragon”?

PETER HÜBNER: From time immemorial, the dragon has been the synonym for the “mind”, and it ranges from the jealous “firebreathing house dragon” – that is from an attitude of mind that is shaped by limited domesticity – to the creator’s cosmic ability to think, which is then also expressed in nature’s cosmic ability to act.

Most great thinkers of mankind interpret the self which sparkles like the sun as the masculine principle, and the full moon-like shining consciousness as the feminine principle. The “108 Hymns of the Dancing Dragon” attend to this interplay of masculine and feminine, of the universal and cosmic, of the sun and moon or better: of consciousness and self.

According to the cosmic laws of harmony of the microcosm of music, the archaic song of the voices rises above the orderly chaos of the archaic orchestra in 108 hymns.

These “108 Hymns of the Dancing Dragon” can serve to actively establish a natural and diverse rhythmical and tonal order of thinking. Here lies hidden a great educational potential to learn to think universally in a natural order.

The person who has learned to sing these songs, will be distinguished by a natural order of thinking – that I am sure of. At the same time, it is very important to observe the diverse and rhythmical order of the songs.

The publishers will provide material for performing, which, on the one hand, contains the chorus voices (on CD), and the corresponding music (printed), and on the other hand, the archaic orchestra part in a four channel version.

Competitions may then take place, in which school classes and/or schools and/or free choirs perform the hymns contesting each other.
There is also no objection against the additional voluntary participation of musicians.

Everywhere in society where the wish exists for more natural order, the “108 Hymns of the Dancing Dragon” could make a great contribution towards dealing with this individual and social task.

The greatest experience of rehearsing and/or performing in the mind of the participant could be the experience of the Dancing Dragon, that dynamic prototype of great mental-psychological strength.