Best Scientific Preparation against STRESS
as acknowledged on the conference “Society, Stress & Health” of the WHO World Health Organization 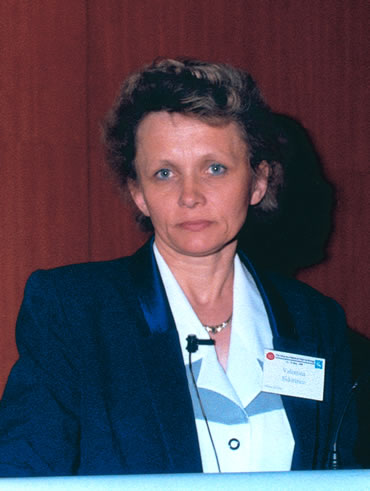 His condition was exceptionally poor. He was unconscious and bone marrow fluid streamed from the ears and nose (liquaria). Unconsciousness lasted for 10 days followed by symptoms of encephalopathy (inadequate behavior, uncoordinated movements, hallucinations).

On the 11th day the boy began to react satisfactorily to some of the things said by the medical personnel.
Adequate speech was recorded on the 14th day. Gradually the symptoms of encephalopathy declined. On 4th November Igor was operated upon (open osteosynthesis of the right hip bone) and on 7th November he was transferred to the trauma unit. At the end of December he left hospital a healthy boy, and is now able to go to school again.

In answer to the question: ‘What contributed to your recovery?’, the boy replied: ‘Beautiful music and outstanding doctors. I would like to hear this music every day.’

Medical Resonance Therapy Music® is currently used in the intensive station in the treatment of patients who are unconscious, patients in a narcotic slumber following surgery and children suffering serious skull-brain traumas.

In order to be able to extend the application of this method, the intensive care unit needs further therapy equipment.”


« Report of a Pharmacist 2